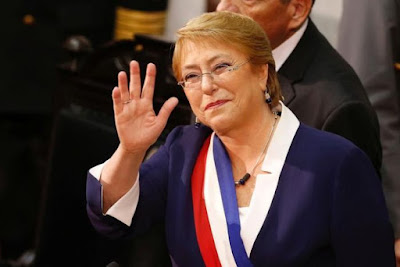 Bachelet’s father was a general in Chile’s air force, and her mother was an archaeologist. In 1973 her father was arrested for opposing the military coup that brought Augusto Pinochet to power and was tortured for several months before suffering a heart attack and dying in custody in 1974. Bachelet, then a medical student at the University of Chile, was arrested (along with her mother) and sent to a secret prison, where she also was tortured. Released into exile in 1975, Bachelet lived in Australia before moving to East Germany, where she became active in socialist politics and studied at the Humboldt University of Berlin. In 1979 she returned to Chile and subsequently completed her medical degree. 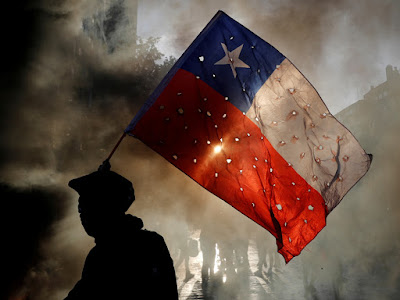 Although Bachelet’s family history made it difficult for her to find employment in Pinochet’s Chile, eventually she joined a medical clinic that treated victims of torture. After Pinochet was ousted from power in 1990, she became active in politics, particularly in the medical and military fields. In 1994 she was appointed an adviser to Chile’s minister for health, and she subsequently studied military affairs at Chile’s National Academy of Strategy and Policy as well as the Inter-American Defense College in Washington, D.C. Bachelet also was elected to the central committee of the Socialist Party (Partido Socialista). In 2000 Ricardo Lagos, the candidate of the Coalition of Parties for Democracy (Concertación de los Partidos por la Democracia; CPD), a group of centre and centre-left parties, was inaugurated as Chile’s first socialist president since Salvador Allende in 1973, and Bachelet was appointed health minister. In 2002 she became the first woman to lead the Defense Ministry. 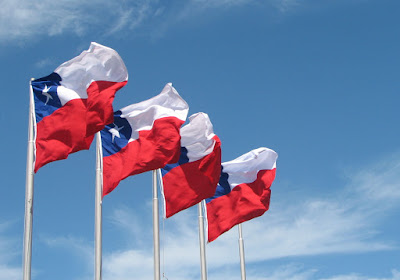 In 2005 Bachelet was selected by the CPD as its presidential candidate. Her campaign focused on meeting the needs of the country’s poor, reforming the pension system, promoting the rights of women, and recognizing constitutionally the rights of the indigenous Mapuche people. She also promised continuity in foreign affairs, especially regarding Chile’s close ties with the United States and other Latin American countries. Important in a country where Roman Catholicism is strong, Bachelet’s campaign had to counter her professed agnosticism and the fact that she was a divorced mother of three. She led the first round of voting in December 2005 but failed to receive a majority, which was required to win outright. In the runoff on January 15, 2006, she defeated the conservative candidate Sebastián Piñera, winning 53 percent of the vote, and she was sworn in as president in March. 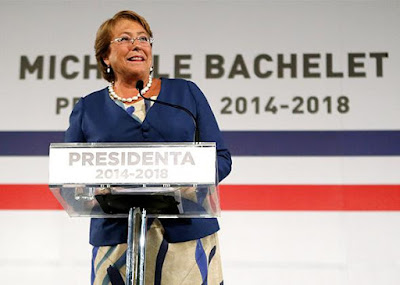 Months after taking office, however, Bachelet faced domestic difficulties. Students who were dissatisfied with Chile’s public education system staged massive protests, and labour unrest resulted in demonstrations and a strike by copper miners. In 2007 Santiago’s new transportation system, a plan formulated by former president Lagos, was introduced and proved chaotic, sparking much criticism. Bachelet’s popularity fell sharply amid the series of problems, but it rebounded during the second half of her term, largely because of her economic policies. When the price of copper—one of Chile’s main exports—peaked, she directed the government to set aside the profits. The savings enabled the country to easily weather the global financial crisis of 2008 and funded pension reforms, social programs, and a stimulus package to create jobs. Bachelet was also credited with reducing poverty and improving early childhood education. Largely as a result of those successes, Bachelet found herself among the most popular presidents in Chilean history; however, the constitution prevented her from serving a consecutive term. In 2010, with the end of her term approaching, she oversaw relief efforts after a magnitude-8.8 earthquake struck Chile, causing extensive damage. 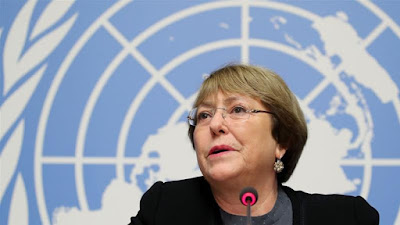 After leaving office, in 2010 Bachelet became head of the newly established UN Women (formally called the United Nations Entity for Gender Equality and the Empowerment of Women). She was again the candidate of the centre-left bloc in the 2013 Chilean presidential election. Although she finished at the top of the nine-candidate field in the first round of voting in November, she fell just short of the absolute majority necessary to prevent a runoff against the second-place finisher, Evelyn Matthei, of the ruling conservative Alianza coalition. Like Bachelet, Matthei was the daughter of an army general, and the two women had been childhood friends. Matthei’s father, however, had sided with and thrived within the Pinochet regime. In December Bachelet won the runoff decisively (capturing about 62 percent of the vote to some 38 percent for Matthei) to become the first two-time president of Chile since the end of Pinochet’s rule. She took office in March 2014, promising to raise taxes on corporations, to reform education, to revise the constitution, and to advance both women’s and lesbian, gay, bisexual, transgender, and queer (LGBTQ) rights, including the legalization of therapeutic abortions. The common thread in those reforms was Bachelet’s belief that the free-market approach, when applied to social policy, had resulted in very uneven societal benefits and in the persistence of gaping income inequalities—even while Chile’s income per capita had risen from $4,400 in 1990 to almost $22,000 in 2013, according to the World Bank.

Bachelet’s administration moved ahead rapidly, introducing dozens of bills, including a tax-reform bill, enacted in September, that increased the corporate tax rate from 20 percent to 27 percent and eliminated a large tax loophole, the so-called FUT, used by wealthy Chilean stockholders to shield corporate income from taxation. Much of the anticipated increase in tax earnings was earmarked to finance Bachelet’s education-reform bill, which included state subsidies to make public higher education free for the poorest 70 percent of Chileans, along with encouraging the creation of more public universities in lieu of private for-profit schools. 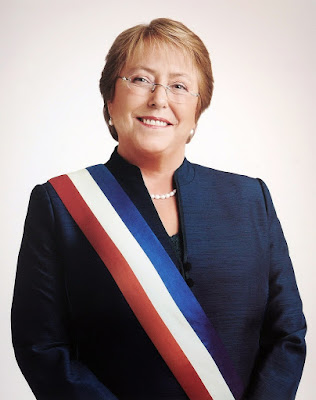 The president’s best-laid plans for the country came into jeopardy in early 2015, however, when a corruption scandal threatened the integrity and efficacy of her administration. Her son, Sebastián Dávalos, was accused of having used influence to help his wife, Natalia Compagnon, obtain a $10 million bank loan that was then used to purchase land that was resold at a profit. Dávalos was exonerated of any malfeasance by the country’s national bank examiner, but he resigned from his post as the head of a charitable organization anyway. In January 2016 Compagnon was charged with having allegedly issued false invoices to avoid paying some $165,000 in taxes. Although Bachelet maintained that she was unaware of the deal, she watched her approval ratings plummet. Attempting to address the general crisis in confidence in government brought about by that episode and another widespread scandal involving illegal campaign contributions to the opposition Independent Democratic Union party, Bachelet asked her entire cabinet to resign in May 2015. Among those who did not return to their posts in the reconstituted cabinet were the ministers of defense, justice, and labour. 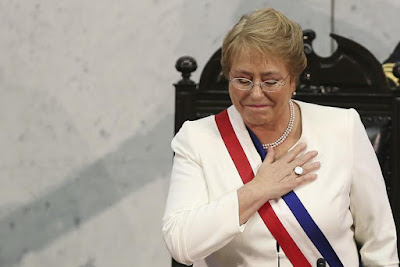 In 2016, responding to widespread popular protest (as many as hundreds of thousands of Chileans took to the streets in August), Bachelet proposed that Chile’s privately administered pension system be overhauled. The system, created in the 1980s under the dictatorial rule of Pinochet, mandated salary contributions of 10 percent. It had been intended to pay pensioners 70 percent of their final salaries and was hailed by some international financial institutions, including the World Bank, as a model of sustainability. A commission created by Bachelet, however, reported that some 44 percent of pensioners were living below the poverty level during the period 2007–14. Bachelet’s proposal called for a 5 percent increase in pension payments and for an infusion of about $1.5 billion in state funds into the system, along with an increase in employer contributions. 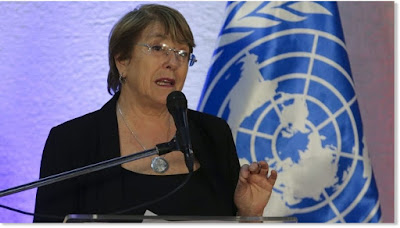 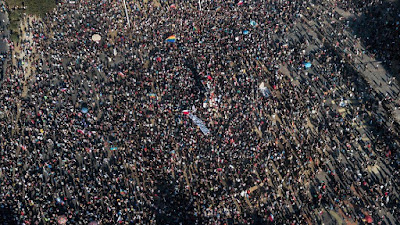